With so many people currently living with dementia, it’s surprising that this is a topic that is rarely spoken about. Campaigners believe that this is down to people’s lack of knowledge. So, with that in mind, we’ve decided to answer the most common questions surrounding Alzheimer’s disease and dementia.

What’s the difference between Alzheimer’s, dementia and just getting old?

Of course, every one of us is forgetful from time to time. How often have you forgotten where you put your keys, or walked into a room looking for something, only to forget what it was? As our bodies and brains age, our memory is bound to be less sharp than it was when we were in our 20s. Nevertheless, contrary to what some people believe, Alzheimer’s disease is not a normal part of the aging process.

So, when is it time to stop blaming it on ‘old age’ and contemplate whether it’s something more serious? If memory loss and mental ability become so severe that they start to interfere with daily life, then it could be a sign of Alzheimer’s disease or dementia. But, what’s the difference, and how do they affect more than memory?

Alzheimer’s disease is the most common cause of dementia. It is a progressive, physical disease that directly affects the brain, leading to the eventual death of nerve cells and loss of brain tissue.

Dementia is a set of symptoms, rather than a disease. These symptoms can include memory loss and trouble with language, thinking or problem-solving. They can occur when the brain is damaged by a disease, such as Alzheimer’s.

Both dementia and Alzheimer’s disease are diagnosed all over the world and do not discriminate against gender, ethnicity, social or economic circumstance, nor age. However, they are most likely to affect the elderly.

Unfortunately, no one has been able to definitively declare what causes Alzheimer’s or dementia.

Nevertheless, genes are believed to contribute to someone’s susceptibility to the disease. For example, those with a close family member who suffers from Alzheimer’s disease is three times more likely to develop the disease themselves than someone of a similar age who has no family history of the disease. In cases like this, it is believed that genetics may play a part, but are not necessarily the direct cause. Nor does it mean that dementia is irrefutably inevitable.

What are the warning signs?

Alzheimer’s and dementia affect everyone differently, with symptoms varying between Alzheimer’s disease and other forms of dementia. However, there are similarities between them all, with a sudden change in memory being the most common early symptom.

Both Alzheimer’s disease and dementia affect the short-term memory in their initial stages. Of course, that’s not to say that if you forget where you put your wallet, you’ve got dementia. Rather, someone with early stages of Alzheimer’s or dementia will be perfectly able to recall a childhood memory, but struggle to remember what they ate for breakfast that day, or if they even had breakfast at all.

If you spot any of these warning signs in yourself, or someone you love, then you should talk to your local doctor. An early diagnosis can help in enabling those with dementia and their carers to be better equipped to handle the disease’s progression.

Because Alzheimer disease and dementia are both progressive, it does mean that symptoms worsen over time. Late stages of Alzheimer’s disease can see people unable to speak or interact with their surroundings in any way.

Many people with late stage dementia require round-the-clock care and cannot walk or sit. They can also become more susceptible to catching infections, such as pneumonia.

Is there a cure for Alzheimer’s disease?

Unfortunately, doctors and medical experts are yet to find a cure for Alzheimer’s disease or dementia. However, it is believed that the progression of the disease can sometimes be slowed down, while some symptoms can even be treated.

For example, medication can be administered to tackle symptoms such as agitation or sleeplessness. Other treatments are believed to slow down the progression of the disease for some patients for between 6 and 18 months.

How can you prevent Alzheimer’s disease?

Not enough is currently known about what causes Alzheimer’s disease to recommend any specific preventative measures. Even though it is recognised that Alzheimer’s disease is common with increasing age, it is not known what triggers the brain tissue to change. 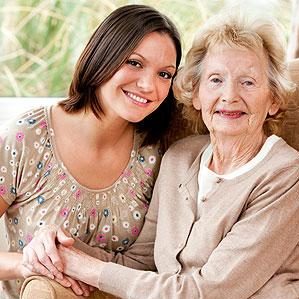